Today we went to the Phoenix Park. We went to visit Ashtown Castle with 6th class. First we left the school and walked to the park. We passed a few things like The Wellington Monument, the President’s house- Aras an Uachtarain, the Pope’s Cross, the United States Ambassador’s Residence, Phoenix Monument, the bandstand and the Peoples Garden.

When we arrived we went to a room where a women told us about how to lift a deer and other stuff. After that we watched a video. It told us about the history of the Phoenix Park. I learned that the park is 1,752 acres and James Butler built the park.

Later on we went to the museum. First we saw a man holding a bird. Second we went into a dark room. Someone gave me a fright but I don’t know who. After that we went upstairs. There I saw a small version of the Wellington monument, Bandstand, Phoenix monument and the other ones- I don’t know which ones.

Then I saw the park it was really small because it was a small version of it. I saw the roads, buildings and some houses.

Finally, we went back to school and ate. I had really great fun today!

Congratulations and well done to all the children from 1st, 2nd and 3rd Class who made it to the final of the annual Maths Week Tables Championship.  The fifteen finalists showed nerves of steel when they competed in front of an enthralled audence, and it took a number of rounds to whittle the fifteen down to the final three.  In 1st place we had Alistair, with Alex in 2nd place and Nicoleta in 3rd, all deserving winners. 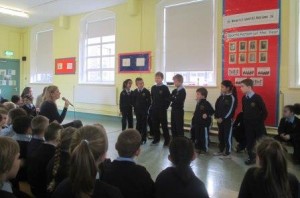 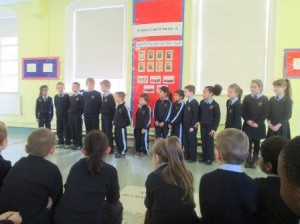 Well done to all who took part and to our winners! 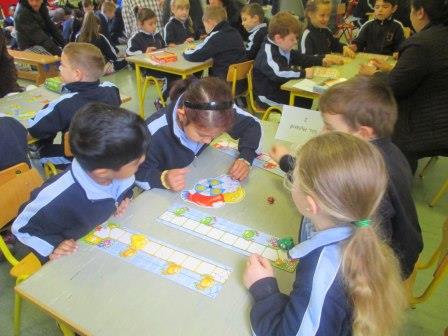 On Wednesday St. Gabriel’s held their largest event in the Maths Week 2014 calender with a whole school Maths Games extravaganza!  The children from Junior Infants to Sixth Class gathered in the P.E. Hall and played different games covering all strands of the Maths curriculum.  Small groups played each game for 10 minutes with our parent helpers getting involved and then rotated so that we could try all the games.

Thank you again to all the parents who came along and helped to make Maths Week 2014 an enjoyable learning experience. 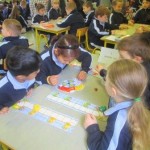 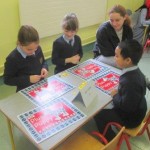 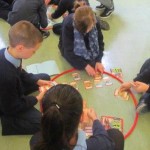 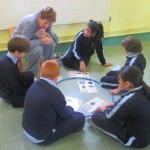 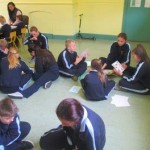 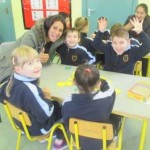 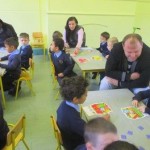 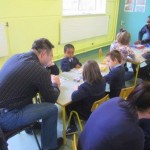 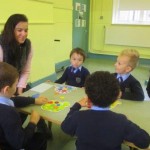 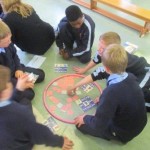 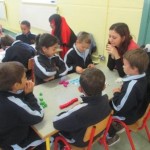 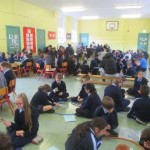 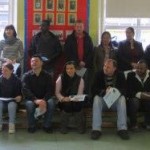 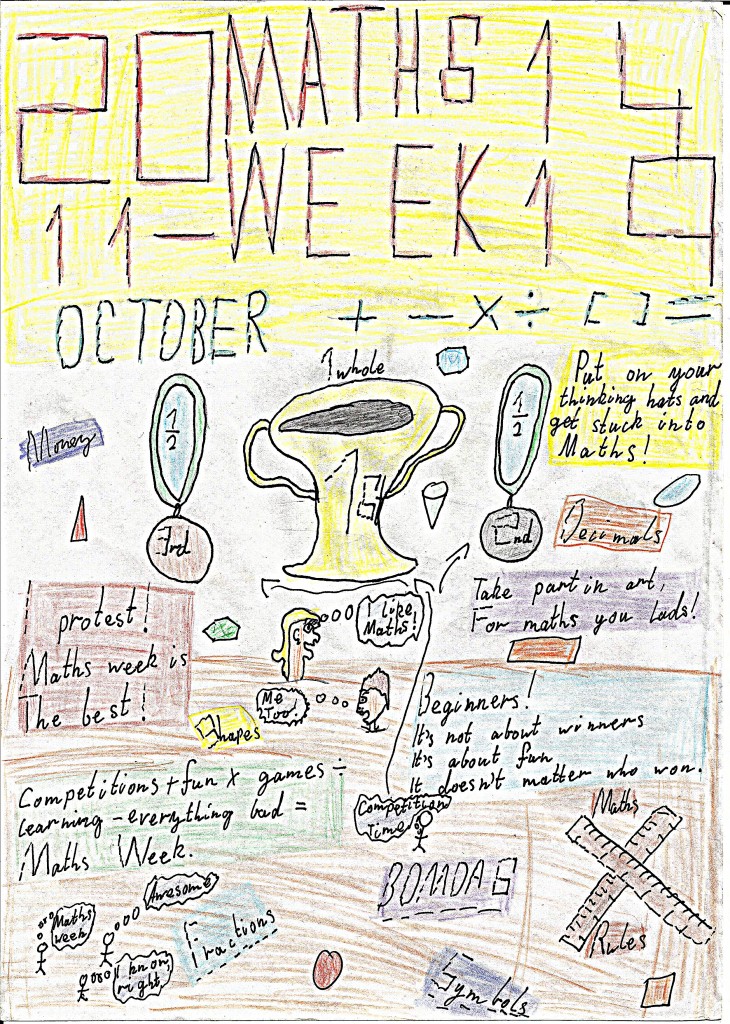 Congratulations and well done to Aleksander in 6th Class, the winner of our competition to design a poster to promote Maths Week!  We had many creative and vibrant entries from all the classes and the judges found it very difficult to decide on the first place prize.  Aleksander’s  poster is full of encouragement and witty Maths slogans, and will be on display in the school over the coming weeks.  Keep checking the website for more Maths Week updates!