Junior and Senior Infants have started visiting the school library. It has been fantastic to have so many parents come in to help the children choose a book to take home.

While visiting the school library, the children are learning through the experience how a library works – how to borrow and return books and how to use their library cards.

The children are so enthusiastic about the visits to the library. They love talking about their books. Reading for fun is so important in helping the children develop a good attitude and love of reading, and there are so many lovely books to choose from in the school library.

Big thanks to everyone involved for making it such a success already. 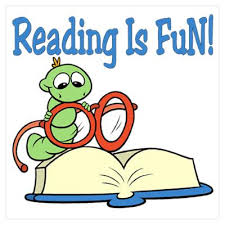 A limerick is a funny little poem containing five lines. It has a very distinctive rhythm and rhyme pattern. This week Mr Smyth’s Class wrote some of their own- here are just a few. Hope you enjoy them!

“Tyr on Fire” By Lavinia

There once was a liar called Tyr,

When he lied his pants were on fire,

So he tried to stop,

He became a cop,

Sergeant Tyr and his pants on fire.

“A Boy” By Kacper

There once was a very small boy,

Who sat on a little car toy,

He was not happy,

He had a nappy,

And he sat on a little toy.

“Ryan” By Mateusz and Daryl

There once was a boy called Ryan,

Whose favourite colour was cyan

He had a sore head,

The Wonderful Bear By Ana

There once a beautiful bear,

Who liked to have wonderful hair,

So did his daughter,

The Skinny Lizard By Calvin

There once a skinny lizard,

Who survived a long lasting blizzard,

He went on a mission,

But first he went fishing,

The fish he caught ate the poor lizard!

END_OF_DOCUMENT_TOKEN_TO_BE_REPLACED

In history this month Mr Smyth’s 4th and 5th Class are studying the Romans.

You can find out more about them here on these websites:

Watch a video to show you what Rome looked like in 320AD here: