As part of Science Week 2020, 2nd class studied sound vibrations by using the following materials: a paper clip, some twine, a paper cup and a damp paper towel. 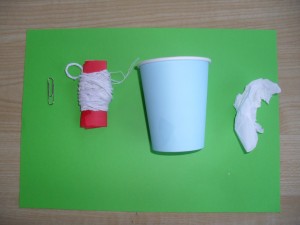 What were the steps?

First, we punched a hole into the bottom of the cup using a pencil. 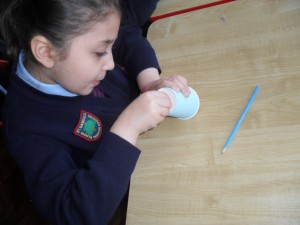 Then, we fed the string through the hole and tied it to the paper clip. 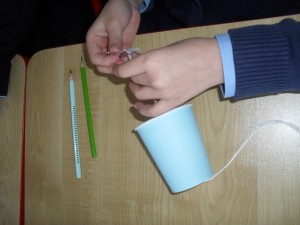 Then, we wrapped a damp paper towel around the string near the cup. While we squeezed the string, we pulled down in short jerks so that the paper towel tightly slid along the string. What was the result? Chicken sounds! 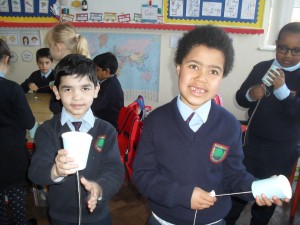 How does it work?

The vibrations from the string would be almost silent without the cup, but when you add the cup, it spreads the vibrations and amplifies them (makes them louder.) This is an example of how a sounding board works. 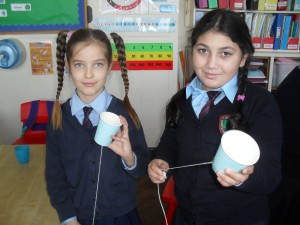 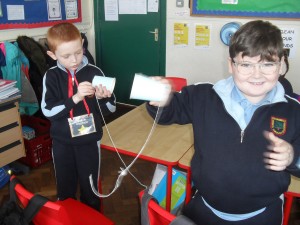 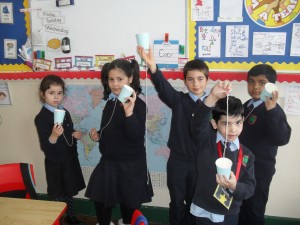 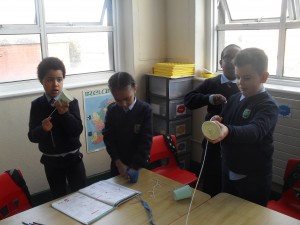 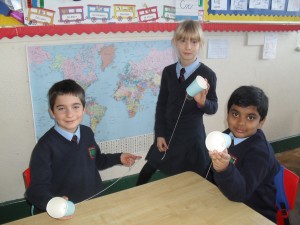 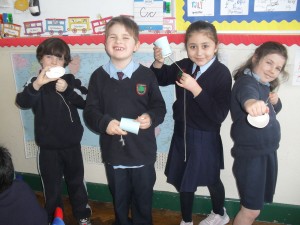 Furthermore, we investigated whether ribbon or string was better at making our clucking noises. We observed that cotton string works best. Well done to all the incredible students in 2nd class! Like true scientists, you never gave up!